Waymaker vacates judgment, wins dismissal for pro bono client in trademark infringement case. Asked by the Central District Pro Bono Panel to assist a defaulted foreign litigant, Waymaker moved for, and on February 9, 2022, obtained, vacatur of the judgment and dismissal of the entire action on jurisdictional grounds.

Waymaker attorneys Melissa Meister, Brian Grace and Managing Partner Ryan Baker initially represented defendants EURL Eleonora De Gray (“De Gray LLC”) and Eleonora De Gray (“De Gray”) for the limited purpose of a settlement conference. At the settlement conference, Waymaker argued the court should have never exercised jurisdiction over the foreign client defendants. Following the conference, which did not result in settlement, Waymaker was invited by the pro bono panel to continue its representation for the further purpose of bringing a jurisdictional challenge to the complaint. Waymaker accepted the expanded engagement.

Waymaker prepared the motion against plaintiff Runway TV LLC (“Plaintiff”), which purported to assert trademark infringement and other claims against De Gray and De Gray LLC. Plaintiff alleged that the court had “personal jurisdiction over [defendants] which are not authorized to do business in the State of California” and repeated this argument in opposition to the jurisdictional motion. On February 9, 2022, the court granted Waymaker’s jurisdictional motion, finding no jurisdiction over De Gray or De Gray LLC. In its order, the court vacated the judgment and dismissed the action in its entirety.

A French citizen residing in Paris, France, Eleonora De Gray owns De Gray LLC, a French holding company with its sole and principal place of business Paris. From 2004 to 2014, De Gray operated a fashion magazine in France utilizing the mark “Runway Magazine,” which is owned by De Gray LLC. De Gray LLC continues to operate the website www.runwaymagazines.com, which has approximately two million readers per month. Advertisers on the site are exclusively located in France and Italy and all sales from the website are transacted in Euros.

While plaintiff, Runway TV, LLC, asserted that De Gray sought to sell magazines in the United States, plaintiff failed to set forth any facts in support of its contention that the defendants’ conduct was expressly aimed at California. The Court wrote: “Based on the record before the court, there is no basis for the court to conclude that defendants expressly aimed their conduct at the United States, much less California … In short, the court finds that plaintiff has failed to make a prima facie showing of specific jurisdiction over defendants.” De Gray and De Gray LLC are now free to continue their international operations free of the burdens imposed by U.S. litigation. 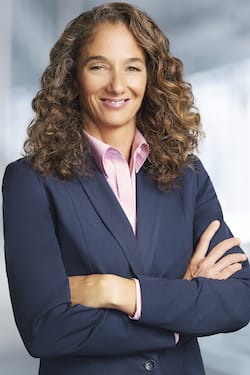