Ryan Baker, Scott Malzahn and Chloe George wrote an article for the March 10, 2021 edition of the Daily Journal about the California Supreme Court considering a case that would clearly distinguish between the first and second steps of the Anti-SLAPP framework.

Two years ago, the California Supreme Court unanimously decided Film.com Inc. v Double-Verify Inc., agreeing with co-founding partner Ryan Baker, representing FilmOn, that the anti-SLAPP statute requires that courts consider the commercial context of speech in determining whether a defendant’s speech is protected. In that opinion, the court established a two-step framework to determine whether a defendant’s alleged speech or other conduct is protected under California Code of Civil Procedure Section 425.16(e) (4) (the “catch-all provision”) of California’s anti-SLAPP statute. Later this term, Geiser v. Kuhns will present the court with another opportunity to clarify what must be shown to establish anti-SLAPP protection. The court should use this opportunity to clearly distinguish between the first and second steps of the framework. The two steps are intended to consider (1) whether the defendant has identified an issue of public interest; and, if so, (2) whether the defendant’s specific speech or other expressive conduct contributes in some manner to a public debate or discussion about an issue of public interest.

In Geiser, the court granted review to consider if “deference should be granted to a defendant’s framing of the public interest” at the first step. It should answer that question in the affirmative. A court’s inquiry at the first step should be limited to assessing whether the defendant has properly identified an issue of public interest (such as a person in the public eye or general topic of widespread public interest). The second step requires the court to carefully examine the nexus between the issue of public interest and the defendant’s particular speech based on a consideration of the overall factual context. A clear roadmap … will further clarify a notoriously confusing and heavily fact-driven area of law. 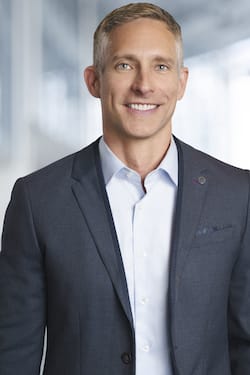